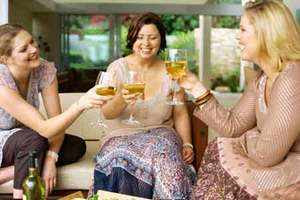 Researchers have identified a new syndrome called "osteosarcopenic obesity " that links the deterioration of bone density and muscle mass with obesity .The syndrome explains how many obese individuals experience problems that place them at a higher risk for falling and breaking bones .

Did you know that obesity may result in deterioration of bone density and muscle mass? If not, pay heed, a study warns.

Researchers have identified a new syndrome called "osteosarcopenic obesity" that links the deterioration of bone density and muscle mass with obesity."It used to be the thinking that the heavier you were the better your bones would be because the bones were supporting more weight," said Jasminka Ilich-Ernst, a professor of nutrition at Florida State University."But, that is only true to a certain extent."The syndrome explains how many obese individuals experience myriad of problems that place them at a higher risk for falling and breaking bones.People do tend to gain weight and lose both muscle mass and bone density with age, Ilich-Ernst acknowledged.But substantial gain in body fat can make the muscle and bone problems even worse."They have a higher risk of falling and breaking a bone or encountering other disabilities," she said.Ilich-Ernst began looking at the connections between bone, muscle and fat mass a few years ago."Many factors impact bones," she said. "This developed as a logical way to move forward to look at everything together and not just focus on one area."

So, she went back and examined the files for 200 women who had participated in previous studies where she had measured their bone density, muscle mass and fat tissue for different reasons.About one-third had more than 30 per cent fat tissue, plus declining bone density (osteopenia) and muscle mass (sarcopenia)."This would be a triad problem for older women. They cannot perform as well. They cannot walk as fast. They cannot walk the stairs well or stand up and sit down multiple times without being winded or in pain," Ilich-Ernst noted.Ilich-Ernst said the problem is most prevalent with older women, but that it could impact all ages and genders.Overall, she said she hopes the research reminds people to consider the damage that can be done to all parts of the body if they are overweight.The findings were published in the journal Ageing Research Reviews.