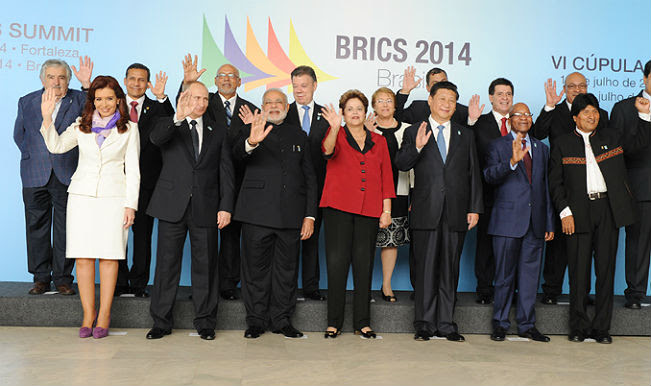 said in his first multilateral meet!

2. On his government policies
Narendra Modi while commenting on the present political scenario globally said, “The priority for my government will to invest drastically in healthcare and afforadable households, infrastructure, education and cleaner energy.” Modi also stressed on the sustainable use of energy resources. 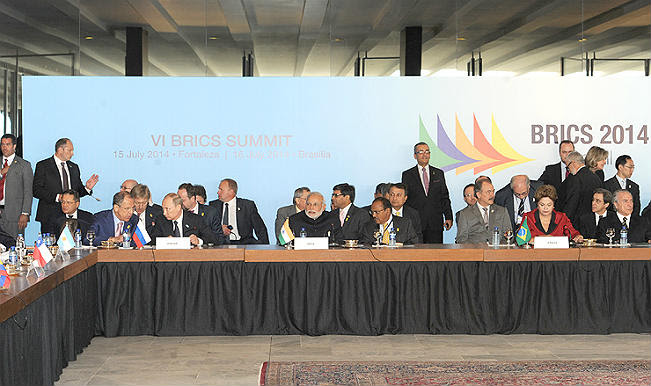 3. On the current political scenario
The current situation in political arena is grim around the world. While Brazil faced financial crisis, Iraq faced the ISIS crisis and now the Israel-Palestine affair has got the economy in haywire. Narendra Modi said, “The political arguments have risen considerably in the last few months. If the monetary benefits are tightened in few countries, the BRICS countries will do well.”

4. On stronger relations and even more engagement
In order to establish stronger and deeper relations with the BRICS countries PM Narendra Modi stressed on more intra-trade among the BRICS alliance. Modi said, “We (BRICS) should not only limit out intra-trade activities nationally, but see to it that the engagement between states, cities and local bodies is increased.” 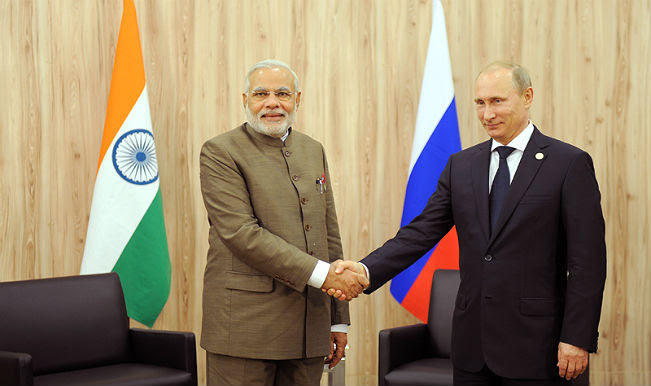 5. On Russia’s support
“Ask any child in India; who is India’s best friend? Every child will reply Russia,” said Narendra Modi after leasing a new life in the Indo-Russian relationships. Modi said, “Friendship with Russia is a time-tested friendship. I look forward to work with Putin to further strengthen our ties in every sector, be it defence, technology or trade and investment.”