WHO warns of the Ebola virus spreading globally, India says no need to panic 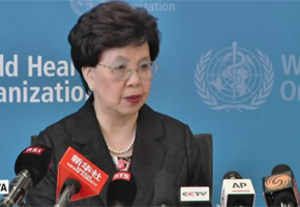 Ebola outbreak is a public health emergency: WHO


WHO warns of the Ebola virus spreading

The Geneva-based UN health agency said the possible consequences of a further international spread of the outbreak, which has killed almost 1,000 people in four west African countries, were "particularly serious" in view of the virulence of the virus.

"A coordinated international response is deemed essential to stop and reverse the international spread of Ebola," the WHO said in a statement after a two-day meeting of its emergency committee on Ebola.

The declaration of an international emergency will have the effect of raising the level of vigilance on the virus.

BLOG: Ebola alert: The disease is spreading and India needs to be on guard
"The outbreak is moving faster than we can control it," the WHO's director-general Margaret Chan told reporters on a telephone briefing from the WHO's Geneva headquarters.
"The declaration ... will galvanize the attention of leaders of all countries at the top level. It cannot be done by the ministries of health alone."

The agency said that, while all states with Ebola transmission — so far Guinea, Liberia, Nigeria and Sierra Leone — should declare a national emergency, there should be no general ban on international travel or trade.
"THIS CAN BE STOPPED"
Ebola has no proven cures and there is no vaccine to prevent infection, so treatment focuses on alleviating symptoms such as fever, vomiting and diarrhoea — all of which can contribute to severe dehydration.
Keiji Fukuda, the WHO's head of health security, stressed that, with the right measures to deal with infected people, the spread of Ebola - which is transmitted through direct contact with bodily fluids - could be stopped.
"This is not a mysterious disease. This is an infectious disease that can be contained," he told reporters. "It is not a virus that is spread through the air."

The lifeless body of a man lays unattended in the street as locals suspect him of dying from the deadly Ebola virus in Liberia. (AP Photo)
Fukuda said it was important that anyone known to have Ebola should be immediately isolated and treated and kept in isolation for 30 days. "Based on scientific studies, people who have infection can shed virus for up to 30 days," he said.
The current outbreak, in which at least 1,711 people have so far been infected, of whom 932 have died, is the most severe in the almost 40 years since Ebola was identified in humans.
The WHO said this was partly because of the weakness of the health systems in the countries currently affected, which lacked human, financial and material resources.
It also said inexperience in dealing with Ebola outbreaks and misperceptions of the disease, including how it is transmitted, "continue to be a major challenge in some communities".
"If we do not in global solidarity come together to help these countries, they will be set back for many years," Chan said. She noted the three hardest-hit nations had only begun to emerge and rebuild after "years of conflict and difficulties".
Although most cases of Ebola are in the remote area where Guinea borders Sierra Leone and Liberia, alarm over the spread of the disease increased last month when a US citizen died in Nigeria after travelling there by plane from Liberia.
After an experimental drug was administered to two US charity workers who were infected in Liberia, Ebola specialists urged the WHO to offer such drugs to Africans. The UN agency has asked medical ethics experts to explore this option next week.
David Heymann, a former WHO official and now director of the Chatham House Centre on Global Health Security, who this week urged the WHO to show greater leadership and to consider allowing the use of experimental drugs for Africans affected by Ebola, said governments should step up their response.
The major message, he said, was that the three known measures that stop Ebola outbreaks — hospital infection control, community understanding of risks of infection, and contact tracing — "appear not to have been robustly enough applied".
"Governments appear to not have been engaged as necessary," he said in an emailed response to the WHO's statement.

No need to panic about Ebola: Harsh Vardhan
Union health minister Harsh Vardhan on Friday assured that there is no need to panic about the Ebola virus.
Concerns over the spread of this disease escalated when reports of three Indians being detained in New Delhi came to light.
The trio had flown in from Ghana with an Ebola-infected person on board.
"It is a normal precautionary measure to track any person traveling to the country from the affected areas. There is no cause for worry, no need to panic," said Harsh Vardhan.
The health minister's statement comes at a time when the World Health Organisation (WHO) has declared the spread of Ebola an international health emergency.
Nearly 44, 000 Indians reside in the regions affected by the deadly disease. Though there has been no case of an Indian contracting the virus so far, the health minister maintained that they would do everything to prevent its spread in India.
The government swung into action and put precautionary measures in place in due consultations with the officials from the department of external affairs, home affairs, health and family welfare and civil aviation.
READ ALSO: Nearly 45,000 Indians in Ebola-hit countries, may bring virus home
Travelers to India from affected areas are required to self-report during immigration. In-flight announcements informing passengers to report symptoms have been installed. Facilities at airports to manage travelers showing symptoms have been put in place. In the event that any of these travelers develop symptoms, a surveillance system has been set up to track them.
WHO officials say that it is not difficult for India to mitigate the risk provided the precautionary measures are followed.
"There is no high risk of spread of this disease in India in principle. It is currently in African region mainly. It is assessed to be low risk in India and outside Africa. But nevertheless, people travel, things can happen. India is equipped in terms of having all systems in place. However, what matters is, systems are working without any failure," said Dr Nata Menabde, WHO representative to India.
(Inputs from ANI) 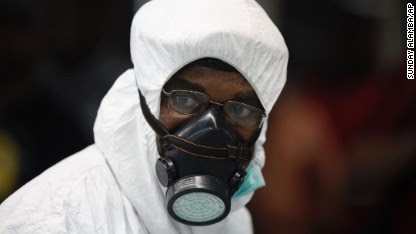 WHO: Ebola an international emergency

The United States ordered relatives of its embassy employees to leave Liberia as the African nation struggles to contain the Ebola epidemic. FULL STORY | Initial response a 'failure' | How outbreak can end