Given his limitations that would be a tall order for this Prince .
प्रस्तुतकर्ता virendra sharma पर 5:08 pm कोई टिप्पणी नहीं: 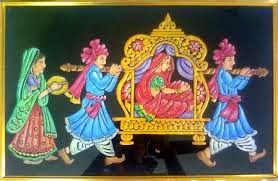 What is an earthquake?What causes the after shocks?

Geophysicists in the US have found that the "aftershocks" produced by earthquakes are triggered by "dynamic" seismic waves from the main shock rather than changes in stress in nearby faults brought about by the rearrangement of the Earth's crust, as previously believed. Karen Felzer of the US Geological Survey and Emily Brodsky at the University of California at Santa Cruz obtained their results by analysing the aftershocks produced by thousands of small to medium-sized earthquakes that took place in Southern California over nearly two decades. The work could have implications in predicting where aftershocks occur (Nature 441 735).

Earthquakes occur as a result of the pressure that builds up between continental plates moving relative to one another in the Earth’s crust. These primary quakes then generate large numbers of aftershocks -- secondary shocks that can occur at some distance from the earthquake's epicentre and also up to a day or two later. Until now, scientists believed that it was changes in the "static stress" brought about by an earthquake that was responsible for its aftershocks since it seemed that only this mechanism could generate aftershocks that take place significantly after the main quake. But Felzer and Brodsky have concluded this is not the case.

The researchers looked at data on the precise locations of thousands of magnitude 2 to 6 earthquakes that occurred in Southern California between 1984 and 2002. They found that the number of aftershocks drops off steeply with increasing distance from the main shock, up to a distance of 50km. More precisely, they found that the frequency of aftershocks decays with distance as a single inverse power law with an exponent of around -1.35. They say this smooth trend means a single triggering process operates over the entire range, and that because static stress is negligible at distances approaching 50 km "dynamic stress" must be the culprit. They also point out that seismic waves also decay quickly with distance following a power-law relation.

The results could also have implications for predicting where aftershocks will occur once an earthquake has started say the researchers: "One of the key predictions from our studies is that the probability of having an aftershock is proportional to the amplitude of the shaking," explains Brodsky. "So if you know the amplitude of the seismic waves coming in you can, in a probabilistic sense, predict whether or not there's going to be an aftershock at a given site."

Earthquake Physics: Why? Where? When?

What is an earthquake?

An earthquake is a shaking of the ground caused by the sudden breaking and movement of large sections (tectonic plates) of the earth's rocky outermost crust. The edges of the tectonic plates are marked by faults (or fractures). Most earthquakes occur along the fault lines when the plates slide past each other or collide against each other.

alter the surface of the Earth, thrusting up cliffs and opening great cracks in the ground and