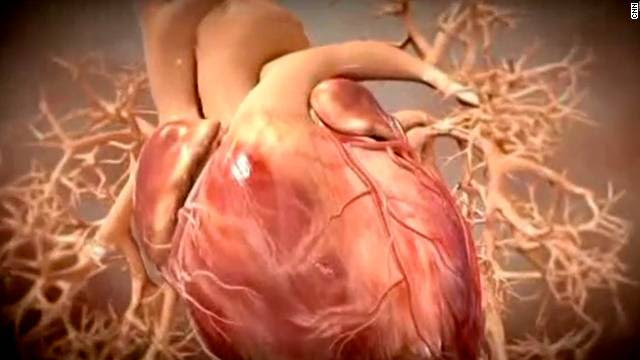 Young women are twice as likely to suffer a heart attack or die of heart disease if they suffer from depression, a new study suggests.
Researchers looked at 3,237 patients with suspected or established heart disease who were undergoing coronary angiography – a medical procedure used to diagnose narrowing in the arteries that supply blood to the heart. On the same day of the procedure, the patients answered nine questions assessing their state of mind.
If the patient was experiencing moderate to severe depression, and was under 55 years old, researchers found she had double the chance of experiencing a heart attack in the next few years. Depressed women under 55 were also twice as likely to have heart disease or to die from any cause during that time period than those who were not depressed. Men and those women older than 55 with depression did not show the same increased risk.
Depression is as powerful a risk factor for heart disease as diabetes and smoking, study author Dr. Amit Shah, a cardiologist at Emory University in Atlanta, concluded.

Shah believes there's a biological reason as to why depression harms young females’ hearts in particular. Mechanisms underlying the association of depression and heart disease could be inflammation or hormonal regulation, the study author wrote. However, the exact reasons for the link are still unclear.
“When people get depressed, they stop taking care of themselves. And when they stop taking care of themselves, they get sick," said Dr. Suzanne Steinbaum, a spokesperson for the American Heart Association, who was not involved the study.
On the other hand, when sick people don’t take care of themselves, they can also become depressed.
“Which comes first is always a challenge to know,” Steinbaum said.
Previous research supports Shah’s data. A 2012 study with nearly 7,000 U.S. adults conducted by John Hopkins University concluded that women aged 17 to 39 with depression had a significantly higher risk of ischemic heart disease death.
Patients with cardiac disease risk factors such as high blood pressure or obesity usually know about their condition and get professional medical treatment. That’s not the case with depression, Shah says.
“Part of the additional hurdle is the stigma in seeking care in the first place," Shah said. He hopes his study, published Wednesday in the Journal of the American Medical Association, will help patients overcome the stigma of depression so it doesn’t get in the way of their health.
Some people don’t even recognize that they are depressed. Steinbaum recommends asking yourself: Am I bothered by feeling down, depressed or hopeless? Do I feel little interest or pleasure in doing things I normally enjoy?
“If you answer yes to either of those questions, then you might really have a problem with depression.”
“For many people, antidepressants are very beneficial and help them get rid of the depression,” said Dr. Charles L. Raison, associate professor of psychiatry at the University of Arizona. But he says treating the depression will not make cardiac disease disappear.
Yet there is something that can reduce your depression and your heart health, Raison says: “Because you don’t know that treating one will treat the other, you want to treat both. The way to treat both is exercise.”
प्रस्तुतकर्ता virendra sharma पर 9:47 am