Eating more fruits and vegetables won't help you lose weight if you don't reduce the number of calories you're eating overall. 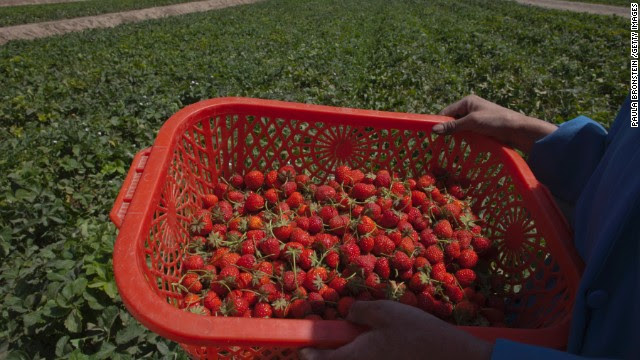 weight if you don't reduce the number of calories you're

5 studies you may have missed

Here's a roundup of five medical studies published this week that might give you new insights into your health, mind and body. Remember, correlation is not causation – so if a study finds a connection between two things, it doesn't mean that one causes the other.

We’re often told to eat more fruits and vegetables, but the chances that you’ll lose weight just by eating more of these foods are slim. New research suggests increased fruit and vegetable intake is only effective for weight loss if you make an effort to reduce your calorie intake overall.

In other words, you need to exercise or consume fewer calories to shed those pounds.

Don’t let that stop you from including more fruits and veggies in your diet, though. Even if they don’t directly help you lose weight, these foods still provide a number of health benefits.

What your smartphone says about your health
Journal: PeerJ

Add it to the list of things your smartphone knows about you. Your mobile device reflects your personal bacterial “blueprint," meaning it can reveal the microorganisms you’re harboring on your hands.

Researchers looked at the phones of 17 people and found that 82% of the most common bacteria on participants’ fingers were also found on their phones. The researchers say further understanding of this link could have important public health implications.

“Mobile phones can potentially be a non-invasive way to track environmental microbial exposure over time and space, and inform how we exchange human microbiota with our immediate surroundings,” the study authors write.

It’s important to note, however, that the study’s sample size was very small and only looked at phones with touchscreens.

Why you should kick the smokeless habit
Journal: Circulation

As Major League Baseball considers a ban on smokeless tobacco, new research shows stopping use after a heart attack cuts your mortality risk nearly in half.