A chemical compound in garlic called ajoene can neutralise resistant bacteria by blocking the communication system -known as Quorum Sensing -in the bacteria ,which is used by the bacteria for creating an infection .

(4)An app for seeing farther

When talking about eyesight ,people assume that 20 /20 stands for perfect vision .Now , a neuroscientist at the University of California at Riverside has developed an app that strengthens eyesight to the freakish level of 20/7.5 .This means that at a distance of 20feet ,people can clearly see what someone with normal vision can see at 7.5 feet .The app is called UltimEyes and it exercises the visual cortex ,the part of our brain that control vision .The theory behind UltimEyes is that by directly confronting the eyes with fuzzy patterns called Gabor stimuli ,you can train your brain to process then more efficiently ,writes William Herkewitz at Popular

(५ )BRAIN SWITCH THAT TELLS US TO SLEEP IDENTIFIED

Researchers have identified a sleep  switch that works by regulating the activity of a handful of sleep- promoting nerve cells .The neurons fire when we are tired and need sleep , and dampen down when we are fully rested .The switch will help identify targets for sleep disorder drugs .

The frontal lobes are one of the four main lobes or regions of thecerebral cortex. They are positioned at the frontmost region of the cerebral cortex and are involved in movement, decision-making, problem solving, and planning. There are three main divisions of the frontal lobes. They are the prefrontal cortex, the premotor area and the motor area. The prefrontal cortex is responsible for personality expression and the planning of complex cognitive behaviors. The premotor and motor areas of the frontal lobes contain nerves that control the execution of voluntary muscle movement.

What Is Abdominal Bloating?

Abdominal bloating is a condition in which the abdomen feels uncomfortably full and tight and may be visibly swollen (distended). Bloating is a common complaint, affecting between 10 and 30 percent of adults (Thiwan).

What Are Gas and Flatulence?

Irritable bowel syndrome (IBS) affects the large intestine and causes many uncomfortable symptoms, such as bloating, gas, cramping, diarrhea, constipation, and pain. An estimated 10 to 15 percent of American adults suffer from this condition.

What Is Lactose Intolerance?

Lactose intolerance is the inability to break down a type of natural sugar called lactose. Lactose is commonly found in dairy products, such as milk and yogurt. A person becomes lactose intolerant when his or her small intestine stops making enough of the enzyme lactase to digest and break down the lactose. When this happens, the undigested lactose moves into the large intestine. The bacteria that are normally present in the large intestine interact with the undigested lactose and cause symptoms such as bloating, gas, and diarrhea. The condition may also be called lactase deficiency.

A Mumbai-born doctor could well revolutionize the world of organ transplants. Dr Hemant Thatte, a senior cardiovascular surgeon at Harvard University who was born in Dadar and raised in Pune, has worked out a 21-chemical solution that could preserve a donated organ for up to a week before a transplant.

"Preliminary studies have shown that hearts stored in SOMAH solution (as the new preservative is called) for 24 hours can be resuscitated without medicines as against other solutions that allow for only four hours," said Dr Thatte via email. In studies conducted on pigs, the solution has been effective in preserving tissues for up to a week.

Organs retrieved from brain-dead persons are stored for a few hours before being transported to various departments or hospitals for transplant. At present, hearts and lungs need to be transplanted within 4-6 hours of being recovered from a brain-dead donor, the liver within eight hours and kidneys within a little more than 24 hours.
What SOMAH—the Sanskrit name for the elixir of immortality—can do is preserve organs long enough to be transported across a large country or half-way across the globe. "Current technologies require that organs from cadaver donors be transplanted within a small window of 4-6 hours. If the transplant surgery cannot take place within that time, the available organ cannot be used. Moreover, the available organs cannot be transported long-distance for transplant and have to be made available locally. The use of SOMAH expands that small window to seven days,'' he said.

In technical terms, the preservative slows down the process of cell deterioration.
In October 2009, Dr Thatte had published a paper in the medical journal Circulation, comparing SOMAH to a widely-used preservation solution to show how the rate of cell death was lower in the former. This research suggested hearts kept in SOMAH could be stored for up to a week.
Dr Thatte believes Somah's biggest advantage is that it can be used at room temperatures. "If we physicians can maintain an organ in the same energy status it was used to before being retrieved, the organ is in a better state when transplanted. It can get into rhythm sooner," he said.
Dr Thatte has worked in Harvard for more than two decades. Over a decade ago, he synthesized a solution called GALA that could preserve blood vessels used as bypass channels during heart surgeries. GALA is in use across the US and France.
SOMAH is still a year or more away from clinical trial. Experts are, however, sceptical about its week-long claim.
A Canadian doctor, Dr Vivek Rao, from the Toronto General Hospital was quoted in local newspapers as saying, "There are thousands of solutions out there, all of which make the same claims.''
Mumbai-based cardiac surgeon Pawan Kumar said there is immense scope for progress as far as preservation of organs goes. "But we have to wait and see the results first," he said.

What SOMAH promises
* SOMAH, the new preservative that is a mixture of 21 chemicals, has the potential to store the heart (and other organs) for up to 7 days.
* A research paper published in the medical journal Circulation in October 2009 showed cells of organs preserved in SOMAH had a lower rate of death than in another preservation solution 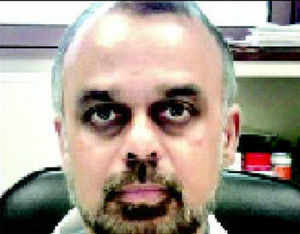 News for an app for seeing farther