Cardio is one of the most important things you can do for your body, whether you want tolose weight, burn fat or improve your health.  The great thing is, there are plenty of choices for cardio exercise.  Anything that gets your heart rate into your target heart rate zone will work, but there are some exercises that give you a little more bang for your buck.

There's no 'right' cardio exercise and the best choice is the one you enjoy and the one you'll work hardest at, but there are some that work best if your goal is to blast calories and get in great shape.

I hesitate to put this category first, simply because it's hard to quantify just how many calories 'home cardio exercise' burns. If you just march in place for awhile? Um, that's probably not going to be very effective. However, this is the most accessible type of exercise and there are plenty of cardio exercises you can do right in your own living room that can burn calories, depending on how hard you work. For example, if you have a jump rope, 145-lb person can burn a whopping 330 calories with a 30-minute workout. Of course, 30 minutes of jumping rope might kill just about anybody, but you can always start with a few minutes and work your way up. Some other ideas for home cardio exercises and workouts: 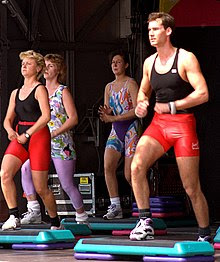