brain are significantly associated with better sleep ,including less

As per estimates of researchers, even a rise of one degree Celsius could increase the overall annual cases of

malaria in under-15-year population by an additional three million sufferers.

More than 300 million people are affected by malaria every year. It has been more than two decades for

come down to lower altitudes when the temperature is cool.

This time, however, researchers have found the first hard evidence to vindicate their theory on relationship

between global warming and the worldwide incidence of malaria.

After analyzing records from highland regions of Ethiopia and Colombia, the researchers found malaria cases

climate warming. But it does not mean that the situation can't be controlled, said the researchers.

"Our latest research suggests that with progressive global warming, malaria will creep up the mountains and

spread to nsew high-altitude areas. And because these populations lack protective immunity, they will be

particularly vulnerable to severe morbidity and mortality", said scientists from the University of Michigan.

They said their research clearly showed expansion of malaria cases to higher altitudes in warmer years. The

findings of the study have been published in the journal Science.

The World Health Organization wants you to stop eating so much sugar. Seriously.

Most Americans still consume much more.

"There is increasing concern that consumption of free sugars, particularly in the form of sugar-sweetened beverages, may result in ... an increase in total caloric intake, leading to an unhealthy diet, weight gain and increased risk of noncommunicable diseases," WHO said in a statement.

of particular concern, WHO said, is the role sugar plays in causing dental diseases worldwide.

For an adult at a normal body mass index, or BMI, eating 5% would be around 25 grams of sugar -- or six teaspoons. That's less than is typically found in a single can of regular soda, which contains about 40 grams of sugar.

WHO's proposed guidelines apply to sugars added to foods by manufacturers, as well as those found naturally in honey, syrups, fruit juices and fruit concentrates. They do not apply to those found in fresh produce.

"Much of the sugars consumed today are 'hidden' in processed foods that are not usually seen as sweets," the WHO website states.

Did you know sugar is often added to your frozen pizza? How about your bread, soup, yogurt and mayonnaise? As consumers became more concerned about the amount of fat in their food, manufacturers went out of their way to make low-fat items -- often substituting sugar to preserve the taste.

Choosing foods with fewer added sugars at the grocery story may soon get a little easier. The Food and Drug Administration has proposed several changes to the nutrition labels you see on packaged foods and beverages.

The proposed labels would also note how much added sugar is in a product. Right now, it's hard to know what is naturally occurring sugar and what has been added by the manufacturer.

The WHO guidelines will be open for public comment until March 31. Then WHO will finalize and publish its recommendations. 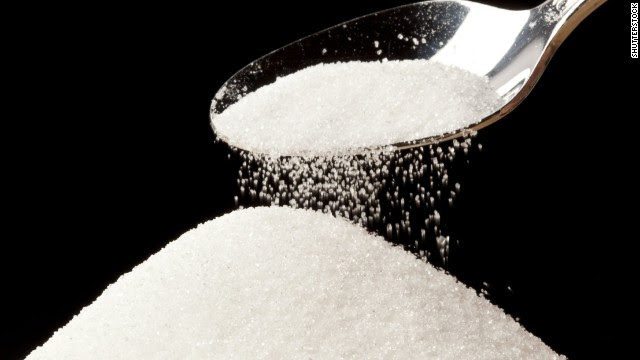