By helping the arteries retain their elasticity and strengthening the heart ,running significantly reduces your chances of suffering a heart attack

Researchers have found a link between heme iron ,found only in meat ,and potentially deadly heart disease .It found that heme iron consumption increased the risk of heart disease by 57 % ,while no association was found between non -heme iron from plants .

Red meat could up heart

Washington: Researchers have found a link between heme iron, found only in meat, and potentially deadly coronary heart disease.

Along with first author Jacob Hunnicutt, a graduate student in the school's Department of Epidemiology and Biostatistics, the study's co-authors are Ka He and Pengcheng Xun , faculty members in the department.
Hunnicutt said the link between iron intake, body iron stores and coronary heart disease has been debated for decades by researchers, with epidemiological studies providing inconsistent findings.
The new IU research, a meta-analysis, examined 21 previously published studies and data involving 292,454 participants during an average 10.2 years of follow-up.
The body treats the two kinds of iron differently. It can better control absorption of iron from vegetable sources, including iron supplements, but not so with iron from meat sources.
"The observed positive association between heme iron and risk of CHD (CORONARY HEART DISEASE )may be explained by the high bioavailability of heme iron and its role as the primary source of iron in iron-replete participants," the researchers wrote. "Heme iron is absorbed at a much greater rate in comparison to non heme iron (37 percent vs. 5 percent). Once absorbed, it may contribute as a catalyst in the oxidation of LDLs, causing tissue-damaging inflammation, which is a potential risk factor for CHD."
The study has been published online in the Journal of Nutrition.

(3)Drinkers beware: Too much alcohol makes you overeat

LONDON: British researchers have pinpointed the 'tipping point' at which a drinker's resolve goes out the window, leading to binge eating that can add thousands of calories to their diet. A report by Slimming World by YouGov says that drinking three large glasses of wine can push people over a tipping point making them consume about 6,300 extra calories in the following 24 hours. The study says it leads to gaining 900 grams of body weight a week.

About half of the 2,042 people surveyed said crossing the threshold had made them binge on chips, pizza and kebabs. The report also revealed that drinking beyond a personal 'tipping point' leads many of us to consume 6,300 extra calories in food and alcohol over the next two days. It says that the average tipping point occurs at just 9.3 units of alcohol — equivalent to 3.7 pints of beer or 3.1 large glasses of wine, which is easy to exceed. Around half of drinkers say that passing their tipping point causes them to make unhealthy choices with food. As well as the additional 6,300 calories , half also cancel physical activity in favour of watching TV, staying in bed or spending time on social media. Jacquie Lavin, Slimming World's head of nutrition and research, says, "There is currently not enough guidance for the public on how drinking more than the recommended amount of alcohol can impact on weight. Alcohol stimulates appetite, makes us want to eat unhealthy food and lowers our inhibitions. These can lead to us making wrong choices — without realizing how many extra calories we're consuming .The government has stated its commitment to tackling both obesity and binge drinking but we believe more needs to be done to increase people's awareness of the link between the two."

Drinking more than three large glasses of wine can push people over a "tipping point", meaning they consume about 6,300 extra calories in the following 24 hours, a report has said.

The extra calories could lead to gaining 2lb a week (900g), the survey of 2,042 people suggested.
About half (51%) of those who drank alcohol said crossing the threshold had made them binge on fast food.
But experts warned the study showed trends and not "hard science".
Slimming World, which commissioned the research from YouGov, said 50% of the people who said drinking impacted their food choices had also cancelled physical activities the day after drinking more than 9.3 units, equivalent to slightly less than four pints of beer.
Continue reading the main story

The survey is very interesting. But it is a survey and not a scientific study”

Bridget BenelamBritish Nutrition Foundation
They had opted for bed, TV and using social media to stave off the hangover - along with another extra 2,051 calories, on top of their usual diet, the next day.
On the night, they had consumed about 2,829 calories extra in food and 1,476 extra calories in drink, the survey said.
And the following day, the drinkers ate on average 2,051 extra calories.
Continue reading the main s
Dr Jacquie Lavin, head of nutrition and research at Slimming World, said alcohol loosened self-control.

She said people who had consumed more alcohol tended to eat at a greater rate and for longer.
"Alcohol makes the food even more rewarding. It tastes good and feels even better than it would do normally," said Dr Lavin.
She called for the government to launch a communications campaign to inform people of the impact of drinking on weight gain, and for calories to be included on alcohol labels.
Call for action
Bridget Benelam, nutritionist at the British Nutrition Foundation, said: "The survey is very interesting. But it is a survey and not a scientific study.
"It is useful as well as the hard science, to be aware of what people are thinking in the real world, to get messages out there."
She said the survey confirmed a link between alcohol and obesity.
Dr Alison Tedstone, chief nutritionist at Public Health England (PHE), said: "The report raises awareness of the high calorie content in alcoholic drinks.
"Excess calorie intake can lead to being overweight and obese which increases your risk of heart disease, type 2 diabetes and some cancers."
She said PHE's campaign, Change4Life, encouraged people to "eat well, move more, love longer" and to manage their alcohol and food intake.
Luciana Berger, shadow health minister, said the survey showed more needed to be done to raise awareness about the "ways excessive alcohol impacted on weight".
She added: "With health problems associated with being overweight or obese costing the NHS more than £5bn every year, it is time the government took the bold action that the scale of this threat to our public health demands."

The survey is very interesting. But it is a survey and not a scientific study” 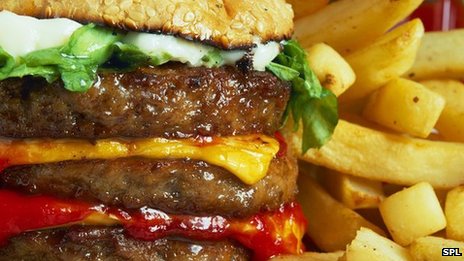 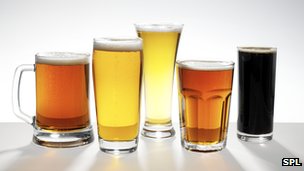 News for TIPPING POINT IN RELATION TO BINGE ...
प्रस्तुतकर्ता virendra sharma पर 11:47 am